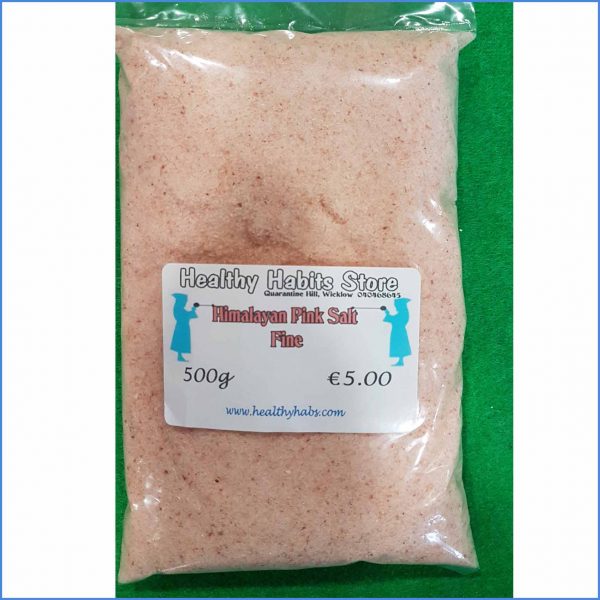 Pink Himalayan salt is a pink-colored salt extracted from the Khewra Salt Mine, which is located near the Himalayas in Pakistan.

The Khewra Salt Mine is one of the oldest and largest salt mines in the world.

The pink Himalayan salt harvested from this mine is believed to have been formed millions of years ago from the evaporation of ancient bodies of water.

The salt is hand-extracted and minimally processed to yield an unrefined product that’s free of additives and thought to be much more natural than table salt.

However, the natural harvesting process allows pink Himalayan salt to possess many other minerals and trace elements that are not found in regular table salt.

Some people estimate it may contain up to 84 different minerals and trace elements. In fact, it’s these very minerals, especially iron, that give it its characteristic pink color.

Below is a comparison of well-known minerals found in a gram of the two different salts:

As you can see, table salt may have more sodium, but pink Himalayan salt contains more calcium, potassium, magnesium and iron (6).